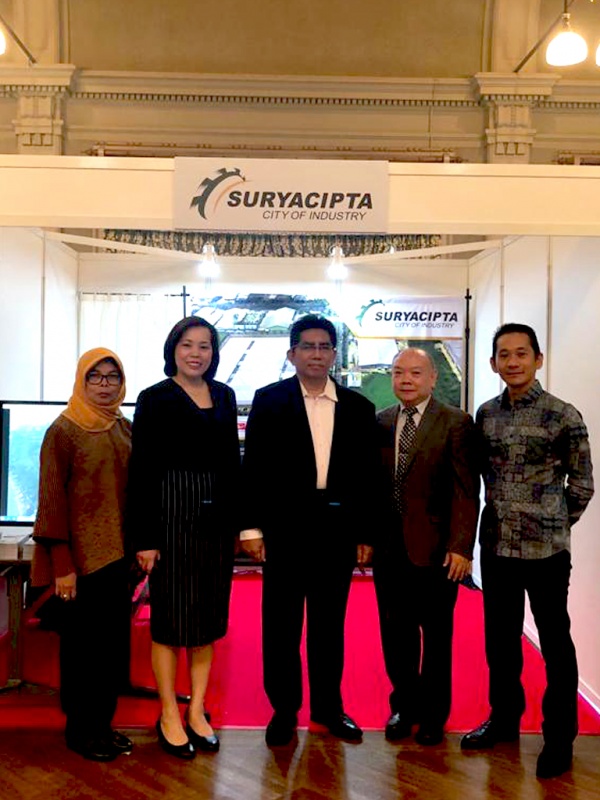 Suryacipta is participated in Indonesia-Japan Business Forum (IJBF) Osaka, 26-27 June 2019. The Indonesian Embassy in Japan initiated the IJBF which was held as a preliminary event to the G20 Summit to promote trade, investment, and tourism activities between Indonesia and Japan.

In total, 14 Indonesian exhibitors, both from government and private sectors, joined the event. IJBF Osaka proves to be a great platform for collaboration with hundreds of Japanese attendance. The 3-day event has many highlights, with companies such as Hitachi and Toyota reiterating and renewing their interest in Indonesian market with new investment plan.

The success of IJBF Osaka shows the continuation of an already strong bilateral relationship between Japan and Indonesia. Over the last decade, Japan has always been ranked as one of the top 3 investment sources to Indonesia and has always been one of Indonesia’s top export destinations. Today, over 1,800 Japanese companies operate in Indonesia with new joint ventures and partnerships being established across a range of industries. Trust, investment and a spirit of partnership have enabled the relationship to grow beyond economic and political ties and encompass friendship and social responsibility.

Since 1990, Suryacipta always strives to play its role in this exchange. Suryacipta is home to automotive, consumer goods, pharmaceutical and building materials industries, which are predominantly Japanese. As one of the leading Indonesian Industrial Estate developers, Suryacipta constantly pushes itself to support Indonesia Government as an example of a good industrial estate. The company puts its effort not only in maximizing profit but also in organizing sustainable and effective Corporate Social Responsibility (CSR) to realize its goal of “Building a Better Indonesia.”