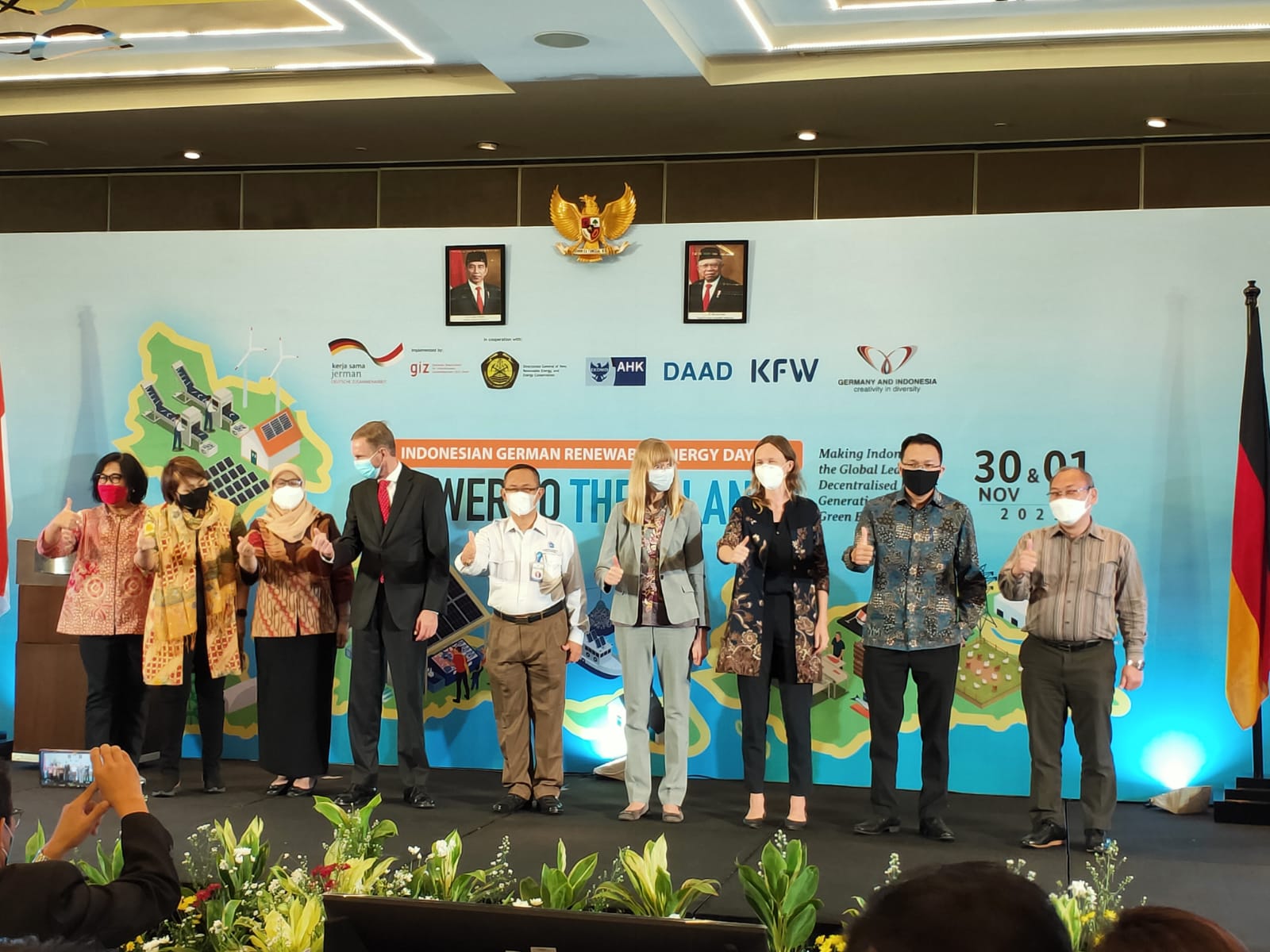 Indonesia-Germany diplomatic relationship since 1952 is strengthened by collaborations in various sectors where the strategic partnership between the two focuses on vocational education, renewable energy, and maritime.

The Indonesian Government targets the use of new and renewable energy (NRE) to 23% by 2025 through energy mix plan. Referring to the performance report of the third quarter of 2021 about the electricity sector on 21 October 2021, it is informed that Indonesia has renewable energy mix reaching 13.54% as per data in August 2021 out of 15% target set in 2021.

RE-Day (30 November to 1 December 2021) raises the topic of “Power to the Islands! Making Indonesia the Global Leader in Decentralized Power Generation and Green Energy Innovation” attended by hundreds of participants from both countries. 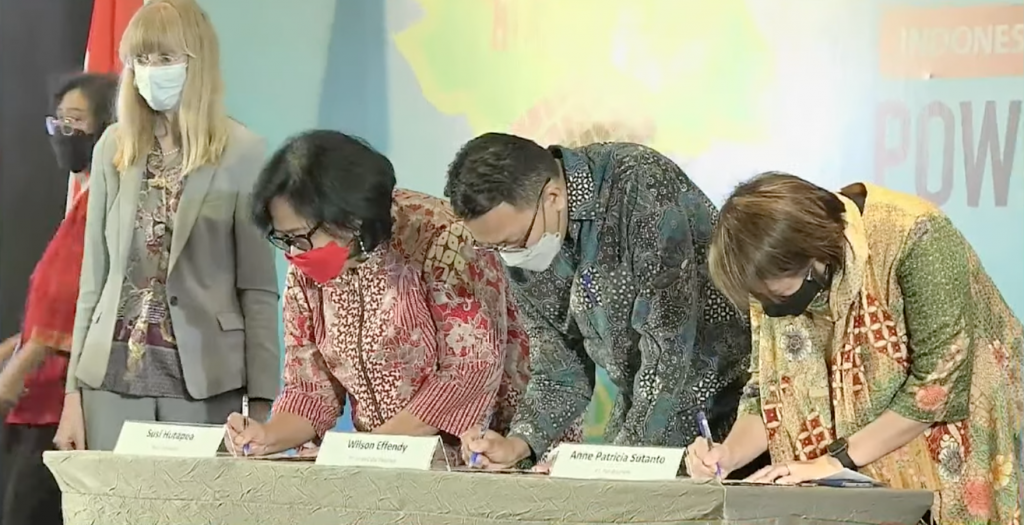 Known as the largest economy in ASEAN, Indonesia has undeniably attracted many multinational companies to invest, and the 2021 topic aims to provide insights on how may enhance Indonesia’s competitiveness.

This event brings key figures from both the government and private sector, to encourage NRE in Indonesia. RE-Day is a good momentum to officially announce and declare commitments through the Renewable Energy Commitment Pledge.

PT Suryacipta Swadaya, industrial estate developer and management of “Suryacipta City of Industry”, represented by Wilson Effendy as Vice President Director, is one of three Indonesian companies that is present and declares NRE use and support.

Wilson says “Suryacipta is currently leading by example, as we are the first to install and utilise photovoltaic solar-based electricity on our buildings and infrastructures in Suryacipta. We are also actively promoting and encourage our tenants to follow “.

“This is our first step and we will continue to increase its capacity in the next 3 years while actively seeking, studying and developing other methods to be applied in our area,” added Wilson.

Other than developing a 1,400Ha industrial estate, PT Suryacipta Swadaya also develops a 2,700Ha integrated development in Subang, known as Subang Smartpolitan.
Subang Smartpolitan was dreamt, planned, designed and is developed with Smart and Sustainable concept, including the adoption of NRE to its infrastructures.
As an integrated township with residential, commercial, educational and recreational facilities, new and renewable energy is an integral part of the daily lifestyle.

Suryacipta City of Industry (in Karawang), as Suryacipta’s first project, has been internationally recognized and awarded Eco-Industrial Park (EIP) status by the United Nations Industrial Development Organization (UNIDO) based on feasibility assessments conducted in various industrial parks in 8 countries.

This further amplifies Suryacipta’s seriousness to maximize new and renewable applications in its developments i.e. Suryacipta and Smartpolitan. It is also in line with Suryacipta’s vision, i.e. “Building a Better Indonesia”, thus NRE use is seen as a crusial to reduce carbon emissions and anticipate climate change.