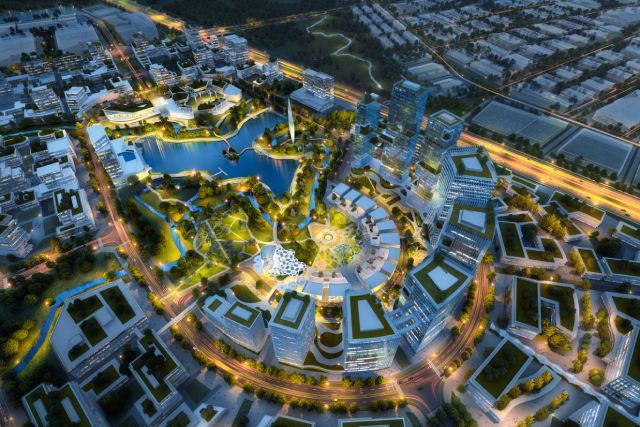 A country’s Gross Domestic Product (GDP) is an essential parameter for any foreign company seeking a direct investment. However, it is not sufficient to merely look at the GDP number; you should have adequate knowledge about the industries in that particular target country – growing and has excellent potential.  There are differences in the industrial trends of each country, so you should make careful considerations beforehand. Your company may prosper in other location(s); however, can you overcome the challenges in the prospect country? Do you have a strong enough demand for your products and services to be competitive for exports? These factors could hinder your progress and business performance.

We understand the challenges of making a foreign direct investment. Much research, countless consultations, possibly country and site visits are required before getting a conclusive picture. This article is designed to speed up your due diligence process in considering making an investment and capturing the potential of economic growth in Indonesia. This definitive guide will specifically give you the latest information about Indonesia’s GDP growth and the industries that influence the economic growth in Indonesia. You will see Indonesia’s emerging industries, the government’s prioritized industrial master plan, and other perspectives regarding economic growth in Indonesia for your consideration. These all-important factors may maximize your business potential.

Indonesia, Possibly The Best Place to Expand Your Business?

Indonesia is the largest economy in Southeast Asia. A diverse archipelago nation of more than 300 ethnic groups, Indonesia’s GDP growth has been impressive since overcoming the Asian financial crisis of the late 1990s. There are several reasons why economic growth in Indonesia attracts much influx of foreign investments, making it possibly the best place to expand your business in ASEAN, even Asia.

The World’s Fourth Most Populous Nation

Having a young, large, and flourishing population, Indonesia has a rapidly expanding middle class dominated by Millenials and Gen-Z. The world’s fourth most populous nation has made enormous achievements in poverty reduction, cutting the poverty rate by more than half since 1999 to 9.78% in 2020. According to World Bank, before the COVID-19 crisis, Indonesia’s GDP growth had been consistent, recently qualifying the country to reach upper-middle-income status.

Indonesia’s GDP growth grew at an annual rate of 5-6% for the last ten years (2010-2019). A wealth of natural resources, quantity, and quality human capital contributes to solid economic growth in Indonesia, making this archipelago nation an investment haven.

Indonesia’s GDP growth makes it the 7th world’s largest economy according to IMF and World Bank (2018-2020) in terms of Purchasing Power Parity. GDP is the total market value of all final goods and services produced in a country in a given year. However, each country reports its data in its currency. To compare the data, we must convert each country’s statistics into a common currency.

According to the IMF, “If a hamburger is selling in London for £2 and New York for $4, this would imply a PPP exchange rate of 1 pound to 2 U.S. dollars”. This type of cross-country comparison is also known as the well-known “Big Mac” index, published by the Economist magazine. It calculates PPP exchange rates based on the McDonald’s sandwich that sells in nearly identical form in many countries worldwide.

Indonesia is a Member of the G20

Indonesia’s GDP growth being the top ten most prominent globally has included the country among the elites of the G20. Composed of most of the world’s largest economies, including both industrialized and developing nations, the G20 collectively accounts for around 90 percent of gross world product (GWP), 75-80 percent of international trade, two-thirds of the world’s population, and roughly half the world’s land area.

The G20 was founded in 1999 in response to encountering several world economic crises and has been annually convened since 2008, involving each member’s head of government or state, finance minister, foreign minister, and other high-ranking officials. Indonesia is one of its prominent members.

To prevent further crises, economic growth in Indonesia follows a 20-year development plan spanning from 2005 to 2025. It is segmented into 5-year medium-term plans, called the RPJMN (Rencana Pembangunan Jangka Menengah Nasional), each with different development priorities. The current medium-term development plan – the last phase of the long-term goal – runs from 2020 to 2024. It aims to further strengthen Indonesia’s economy by improving its human capital and competitiveness in the global market.

Strategic Location to the Giant Economies of China and India

According to McKinsey, the global consuming class will increase its membership by 1.8 billion over the next 15 years, of whom more than 75 percent are likely to be in Asia. Economic growth in Indonesia will also be spurred by the economic transformations in India and China happening at an unprecedented scale and pace in history.

Average incomes are growing at ten times the pace and on more than 200 times the scale of their increase during England’s Industrial Revolution. This growth will fuel demand for a range of resources and commodities supplied by Indonesia. Exports to other Asian economies, particularly those of China and India, have already accelerated enormously in recent years at annual growth rates of 15 to 20 percent.

In 2010, Indonesia exported $3.8 billion of palm oil to India and $2.1 billion to China. In the same year, China was Indonesia’s largest export market for coal, receiving $3.6 billion, and India was the destination for $2.0 billion of coal exports. China and India trade relations have grown to be high-value contributors to Indonesia’s GDP growth.

Despite being hampered by the global COVID-19 pandemic, economic growth in Indonesia is starting to rebound strongly. The Indonesian Statistics Bureau (BPS) stated in August 2021 that Indonesia’s gross domestic product (GDP) increased 7.07 percent year on year (YoY) in the April-June period, the first GDP gain in five quarters marking the end of the pandemic-induced recession cycle. The pace of expansion surpassed the 6.57 percent predicted by analysts in a Reuters survey. According to the ADB and World Bank, economic growth in Indonesia would be 4.4-4.5 percent this year, rising to 5 percent in 2022.

The government is also committed to boosting Indonesia’s GDP growth by developing many major infrastructures all across the country and opening up new investment avenues for potential investors.

Indonesia’s GDP growth comes from many industries, which are primarily open to foreign direct investment.

The previous table above shows various industries’ contributions to Indonesia’s GDP growth. We will scrutinize them further to emphasize the most prominent industries that play an essential role in economic growth in Indonesia.

Indonesia’s GDP growth mainly comes from the manufacturing sector that creates numerous opportunities, such as electronics, automotive, textiles, footwear, chemicals, food, and beverages. As evidenced by its contribution, the manufacturing industry will undoubtedly supply the needs of the local market.

Hospitals with more than 200 beds, pharmaceutical manufacturing, and wholesale sectors are now available for 100% foreign ownership. The healthcare sector is a potential prospect for foreign direct investment due to its vast market size, growing demand for products treating chronic ailments, and the government’s increased expenditures.

The fast-moving consumer goods (FMCG) industry is one of the largest, contributing considerably to economic growth in Indonesia. Increasing purchasing power as a result of rising personal income and expanding urbanization shift people’s lifestyles and have become crucial growth drivers in the sector.

This industry was one of the few industries unaffected by the COVID-19 outbreak. In the third quarter of 2020, Indonesia showed a positive overall year-on-year change in the FMCG market value of 8.8%, making FMCG one of the profitable industries foreign investors consider.

Get the Advantage of Increasing GDP Growth in Indonesia

For a successful investment in Indonesia, the right location may well determine business progress. Few factors to consider in selecting a site: accessibility, supply chain, quantity and quality of human resources, and world-class environmentally friendly utilities.

Suryacipta – An Inclusive Industrial Complex To Facilitate Your Business

Suryacipta has two integrated, all-inclusive, technology-driven industrial complexes with proximity to major national infrastructures. Both sites are located in the West Java Province: Suryacipta City of Industry (SIC) in Karawang and Subang Smartpolitan in Subang.

With a population of 2.3 million, there is plenty of labor available. Half of the population is productive, with over forty percent of the workforce completing high school or higher education. You can capture the pie of economic growth in Indonesia with the quantity and quality of human resources at your disposal.

You already have a complete supply chain when you invest in a facility in Karawang (SIC) because of the presence of existing tenants in the manufacturing industry. Many factories are already running, from automotive and parts to FMCG, creating a complete ecosystem.

Both locations offer competitive logistic costs due to proximity to many strategic distribution points, lower operational fees from an efficient work environment, and higher productivity using the latest technological infrastructure.

With smart manufacturing, your physical production and operations will be fully supported by intelligent digital technology, machine learning, and big data to create a more holistic and better-connected ecosystem. Each site offers interconnectivity, automation, and real-time data to better collaboration and access across departments, partners, vendors, products, and people. Empower your company with better control and understand every aspect of the operation, leverage instant data to boost productivity, improve processes, and drive growth. The IT facilities allow tenants to gain greater insight, control, and data visibility across the entire supply chain.

Comprehensive Assistance to Get Your Business Settled with Ease

Suryacipta offers Suryacipta Centre of Information (SCI), a One-Stop Service assistance to help you answer questions regarding investing in Indonesia, land acquisition, or other inquiries. SCI is provided free of charge for investors.

Another program is the Direct Construction Investment Service (KLIK). This government-initiated program enables investors to start factory construction on selected industrial plots for sale before obtaining building permits. Businesses could start the construction directly after receiving principle and investment permits while other licenses are managed in parallel.

This article explains economic growth in Indonesia to present a clearer view of your investing quest. With credible forecasts from major financial institutions, Indonesia’s GDP growth remains positive and attractive for your FDI.

Whether you are preparing to grab the market or expanding, Indonesia’s GDP growth in nominal and PPP terms gives reasonable indications. Investing in Indonesia will be profitable but challenging for your business, requiring further work and analysis on all aspects.

Selecting the right location to start or expand your business is essential, for it affects logistics, operational, dan productivity costs. There are currently many foreign companies interested in Suryacipta. Do not lose the golden moment of investing, primarily when the government has allocated massive funding to several industries as part of the national economic recovery program.

One such example is the food and beverages industry. For long has been perceived as an appealing target. The sector has recorded an enormous investment realization amongst secondary sectors over the last five years totaling IDR 293 trillion, higher than other sectors such as base metals and pharmaceuticals. From an investor’s perspective, this is undoubtedly an optimistic outlook.

For information on other sectors or a specific inquiry, click here. We will be happy to assist you to capitalize on this golden opportunity.